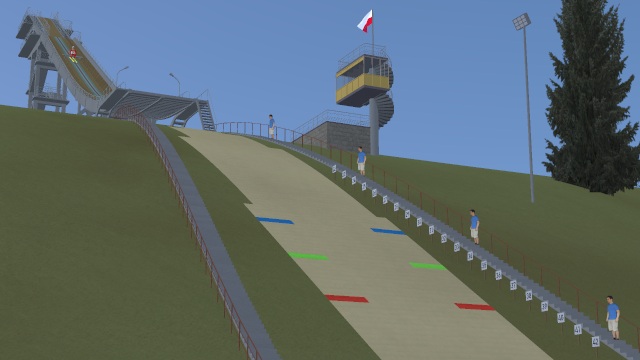 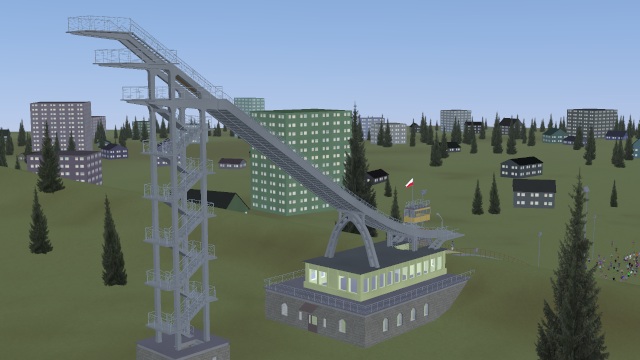 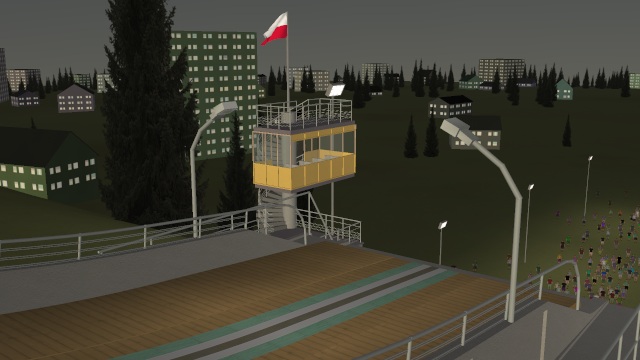 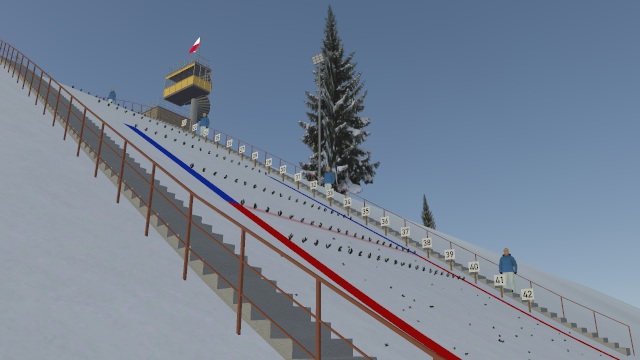 The "Skarpa" hill was located in the district of Mokotów in Warsaw. The largest hill of the Polish capital city was designed by Jeremi Strachocki and finished in 1959. It was one of the first 20 world's hills with plastic matting. Warsaw was an important training center for Polish ski jumpers and it hosted numerous local ski jumping competitions - the last one in 1989. In the 90s a part of inrun was deconstructed. Rest of the inrun construction got pulled down between 2010 and 2011. The official record of this hill was 40.5 meters by Antoni Łaciak (this distance will be reachable in DSJ4), but the longest jump was 48 meters by Janusz Duda.